I have never read any of the Iron Man comic books, so came to the movie unbiased, a tabula rosa. With no expectations to be met or dashed, Iron Man proved to be blast, a thinking man's superhero movie.

Robert Downey Jr plays Tony Stark, CEO of Stark Industries a weapons manufacturing company selling to the US military and others. Stark is a genius inventor, and a wealthy playboy, enjoying all the pleasures money can buy: wine, women and song. He thinks hard, drinks hard, plays hard, sleeps little.

Iron Man begins in Afghanistan, where Stark is demonstrating his latest super-rocket to the US army. In flashback we see the previous 36 hours to introduce his hedonistic character: he is totally self-absorbed, with no relatives and no real friends. But in a surprise attack on his convoy, Stark is wounded by one of his own weapons and is captured by local militia terrorists. A fellow prisoner, Yinsen, saves his life by implanting a huge electromagnet in his chest to prevent the shrapnel from entering his heart and causing cardiac arrest.

In captivity, Stark is commanded to recreate his super-rocket by the terrorist leader. With nothing but the scraps they could find, Stark decides to work at this project (or else be killed). In reality, he is creating a small super-reactor to power the magnet and save his heart. With that done, he turns his genius on building a prototype Iron Man suit that will get him and Yinsen out. And he succeeds, but not without losing Yinsen. As he dies, he tells Stark, "Don't waste your life." What a challenge! 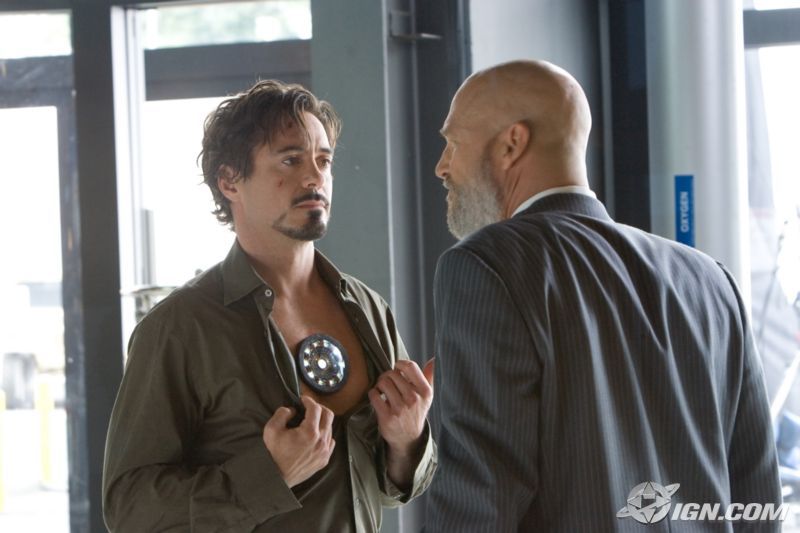 Upon returning to the United States, he asks his personal assistant Pepper Potts (Gwyneth Paltrow) to call a press conference. Shadowed by his friendly and worldly-wise second-in-command Obadiah Stane (a bald Jeff Bridges), Stark begins by showing some unprecedented emotional vulnerability: "I never got to say goodbye to my father." Then he drops the proverbial bomb: "I had my eyes opened. I came to realize that I had more to offer this world than just making things that blow up. And that is why, effective immediately, I am shutting down the weapons manufacturing division of Stark Industries." For a war-monger who profits from weapons and death, this is economic suicide.

The obvious moral issue raised is that or profiteering from weapons used in war. Whereas earlier he had shown no moral qualms for making a buck or a billion off a rocket or two, now he has seen the effects of his rockets at first hand . . . and it is not pretty. In a capitalist society it is too easy to focus on the immediate task and the bottom line and avoid worrying about the bigger picture, and the consequences of our work.

The immediate focus for Stark is to seclude himself in his multi-million dollar mansion where he labors to recreate his suit. Not a true superhero with powers of his own, his man-made suit is his alter-ego. This gives him his power to fly, to crush, to survive bullets. With only a talking robot as lab partner, and Potts as his coffee-bearing companion, Stark throws himself into this task.

On this journey of self-discovery, Stark has his eyes further opened when he sees a photo of a village destroyed by his weapons. Seeing the deception of his company, and Stane in particular, and the devastation to human life, Stark takes the next step in his character growth. Now, "there's no art opening, no charity, nothing to sign. There's the next mission and nothing else. . . . I shouldn't be alive . . . unless it's for a reason. I'm not crazy, Pepper. I just finally know what I have to do. And I know in my heart that it's right." He has become a man on a mission.

Cold-hearted and indifferent to the suffering in the world, he gets a new heart, a warm heart that visibly pumps power into him. With this he gets a new perspective and a new mission. He has purpose, a purpose other than simply pleasure. Following Jesus is like this. Before finding him, we are cold, with hearts of stone. We are self-absorbed. But after seeing and savoring the Savior of men, we cannot remain unchanged. 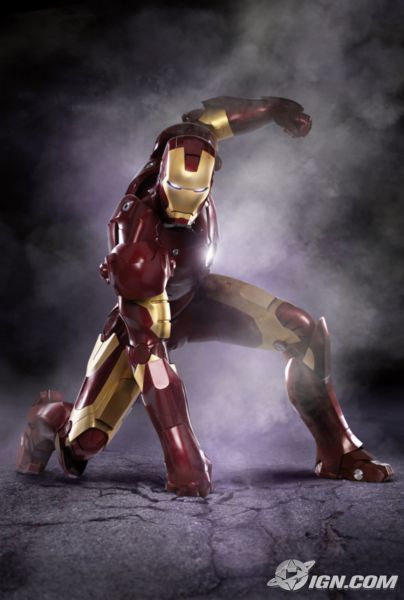 He gives us a new heart, a heart of flesh (Ezek 36:26). And with this heart comes a mision -- to love others, to carry this good news, the gospel, to a cold but needy world (Acts 1:8). Are we living as missional people in this uncaring world?

When Stark perfects his red and gold suit, it is a sight to behold -- beauty and power combined. It is unbelievably cool! The movie is as much as about the suit as about the characters. With a combination of computer generated imagery and animatronics, the suit is fantastic. In several extended scenes, Iron Man provides gripping and thrilling action sequences. From the chase by two US jets, to the finale, these are worth the price of admission.

With anyone other than Downey playing Stark, this would be a typical superhero movie. But Downey's performance is right on the money. He plays a conflicted playboy to perfection. Casting wisecracks faster than one can blink, he infuses humanity and realism into the role. Perhaps drawing from his own very public issues, Downey conveys the journey from hedonist to hero with total credibility.

Meanwhile, Stane is no friend. He is striving to create the same kind of suit for himself, to wield the power that will make him 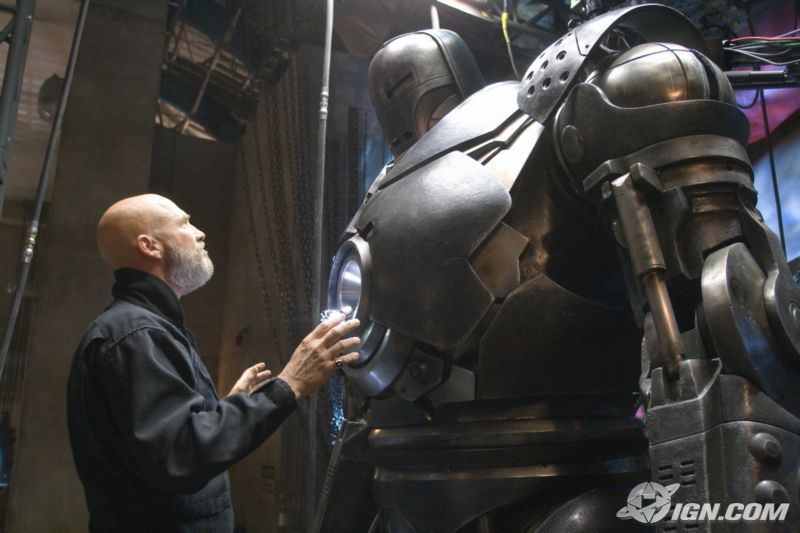 invincible. But he is no inventive genius. And his scientist employees cannot match the intellect of Tony Stark. So Stane reverts to out-and-out theft and cold-blooded killing. Stealing Stark's heart, he creates his own mega-monster, Iron Monger. This inevitably sets up the final confrontation between Iron Man and Iron Monger, a classic good versus evil confrontation. And after this confrontation is over, the final press conference provides one of the most terrific closing lines in recent movie history, one the left the audience cheering.

As Stark has evolved for the better, so Stane has devolved for the worse. Bridges displays fine work as an antagonist whose mask is slowly removed to reveal the true nature beneath. His subtle unmasking from corporate charmer oozing smarm to callous killer oozing evil is nuanced and credible.

As much as Iron Man leaves us feeling satisfied, cheering on the good guy, it leaves us wondering if we are still celebrating violence. Is it ethically permissible to fight violence with violence? Should we use technology and technologically advanced weapons to fight evil? Or, in doing so, are we simply becoming part of the problem itself?