The Fountain -- Quest for Eternal Life

The Fountain is a visually stunning but ambiguous, even sometimes confusing, fantasy that brings to mind comparisons to Stanley Kubrick's 1968 sci-fi dazzler 2001: A Space Odyssey. Both deal with deep issues of human life. Both span centuries. Both are focused on a few individuals. Both are visionary and futuristic. Both feel risky and experimental. Both are transcendent and mysterious. Both have been dismissed as weird or strange, even boring. Both are more than simple Hollywood eye candy, though a little tough to follow in places. Both are open to viewer interpretation. But both offer serious food for some deeper theological digestion.

The Fountain weaves together three stories, from the past, present and future. It never completely defines their inter-relatedness, but each has a love story of its own that is paralleled in the others. All three stories feature Hugh Jackman pursuing a relationship of sorts with Rachel Weisz. All three are linked by the tree of life. And all three are connected by a ring. 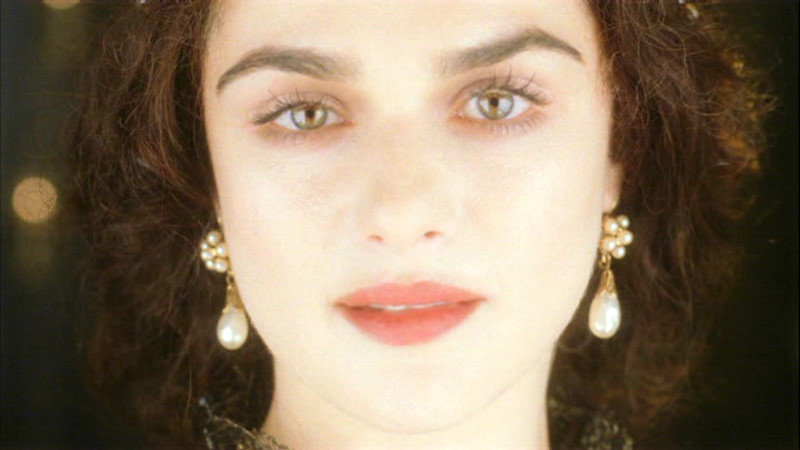 The historical storyline has Tomas, a Spanish conquistador sent on a quest by his beloved Queen Isabella to find the tree of life that brings immortality. This tree is in a Mayan temple in South America, and promises eternal life. Whether this is history or fictional fantasy from the present is unclear.

Although the movie opens with a direct quote from Genesis 3 regarding the tree of life, there is little overt reference to biblical theology or spirituality. Indeed, apart from the obvious Catholic themes from the Spanish storyline, there is more pagan religion present than Christianity. God is noticeably absent. (And since when was the garden of Eden located in South America?)

The present shows Tom Creo, a workaholic scientist trying to find the cure for brain cancer by experimenting with new drugs and treatments. His wife, Izzi, is dying of this disease and Tom feels the weight of impending loss as an anchor dragging him down to the abyss. His quest is to save his wife.

The third plot line is set 500 years in the future, with an astronaut, the eternal Tom, traveling through space in a spaceship that resembles a giant snow-globe. His constant companion is a dying tree. But it is the tree that has given him eternal life. He is on a quest to save the tree, and somehow be reunited to his lost wife.

Through all three stories, director Aronofsky uses light to communicate awe and hope. Just as K-Pax explored light as an active part of the plot, so The Fountain plays with bright visuals and long upward glances to the stars to portray the human quest, this search for life.

Aronofsky also uses the ring symbolically. Given to Tomas by the queen, it is his hope for love, carried close to his heart. Then there is Tom's wedding ring, a symbol of his relationship. But this gets lost, perhaps symbolizing loss of this relationship to death. In the third story, the ring is replaced by a set of rings, tattooed on his arms, commemorating the years since his wife's death. The ring, used in weddings as a symbol of the undying love between husband and wife, is used here effectively as a symbol of eternal life together ("Together we will live forever").

All three intersecting stories deal with the concept of life and death. In particular, the spotlight is on eternal life, with the shadow of death being ever-present. The innate desire for eternal life is clear in all three stories. The initial biblical reference to eating from the "tree of life" (Gen. 3:22-24) forms the metaphorical center to the film. If Tomas/Tom can find the tree and eat from it, he can live eternally. He can save his queen. And he can save his dying wife.

Biblically, the nature of humanity is such that we do desire life. We despise death. But life is not found any longer by searching for a tree in the garden of Eden. Life, eternal life, is found by discovering the life-giver himself, Jesus (John 10:10). Only in "eating" from this tree, can we experience and enjoy eternal life (John 6:53).

If The Fountain highlights the quest for life, it also presents some interesting thoughts on death. From the Mayan story, death is said to lead to the creation of life and to awe. But death is not a form of creation. Theologically, death is a separation. With several forms of death, all involve separation. There is the spiritual death that we all experience due to our sinfulness: we are separated from our maker and creator (Gen. 3:23, Rom. 6:23). There is also the physical death that separates body and soul (Matt. 10:28). This is an inescapable part of life, though one that is rarely discussed. And there is the third kind of death: eternal death or second death (Rev. 21:14-15). This is the destiny of all who die physically apart from faith in Jesus. This is a separation for eternity from the Lord himself.

At one point in The Fountain, the Grand Inquisitor says, "Death turns all to ash. And thus, death frees every soul." Death does free the soul, but only temporarily. We will be re-embodied for our future everlasting existence.

Tom, the scientist, says, "Death is a disease, it's like any other. And there's a cure. A cure -- and I will find it." You can hear his desperate plea for his wife. You can sense his drive to save her. Death itself is not a disease in the ordinary sense. Indeed, disease itself often leads to death, and both are results of the Fall documented in Genesis 3. There is a cure, but for spiritual and eternal death, not for physical death. The cure is faith in Jesus who took death into his body on the cross. Yet, life is not simply about the here and now. We can prolong it. We can enjoy it. And we should. But there is more, there is the existence beyond this one. We can only get to that through the gateway of death itself. And death does lead to awe, in the sense that we come into the presence of Jesus who is holy and awe-inspiring.

What is missing in The Fountain is any mention of sin. A biblical theology of life and death must include sin. Genesis 3 describes the original sin of Adam and Eve. Sin is now ever-present. We can see this in a world that is filled with pain. We can see this in our own souls, that are so self-focused and narrow, caring little for others. Sin is a reality (Rom. 3:23, Eph. 2:1). Sin is what brought death into this world. Sin is what made it necessary for Jesus to come here as a human, to face death for us. Apart from sin, and its universal presence, the incarnation of Jesus in a fully human yet fully divine person really makes no sense.